Lessons from an established LTN

One of the best-documented and most-studied low traffic neighbourhoods (LTNs) is the Walthamstow Village LTN in Waltham Forest, London. This LTN was completed in September 2015. We think the pictures look pretty good! The borough published the results of painstaking analysis of the scheme, including a large survey of residents one year after implementation. Scroll down to find out what we learned. These data are from the Walthamstow Village Review (WVR) final report.

One year after implementation of the Walthamstow Village LTN, only 1.7% of residents said they’d want to scrap it and return to the previous layout. Before it was implemented, 41% of residents opposed the scheme. (WVR page 64)

2. The emergency services support the LTNs.

3. Impacts on main roads have not been as bad as feared.

An important concern associated with LTN implementation is the impact on perimeter roads. People living on these roads, and the businesses operating on them, have as much right to a low-pollution, low-traffic environment as everyone else.

We have two thoughts on this:

i. Any increase on perimeter roads is too big an increase

Let’s work to tackle overall traffic in Oxford. The LTNs are a start in this process. We simply can’t get control over traffic if the signalised road network can be bypassed. Once we’ve limited through-traffic to the signalised network, we can tackle demand for that network. There are several proposals for doing so, ranging from a congestion charge to a Ghent-style city segmentation.

ii. The Waltham Forest perimeter-roads impacts have not been as bad as feared.

The following charts are from Chapter 4, showing hourly vehicle counts throughout the day on the three perimeter roads (blue line is pre-LTN, green is post-LTN). As you can see, there appears to be very little impact of the LTN on overall vehicle counts.

The final chart shows bus running times before and after the LTNs were introduced, again with very little difference over the course of the route (a matter of a few minutes).

Vehicle counts before and after LTN introduced, perimeter road 1: 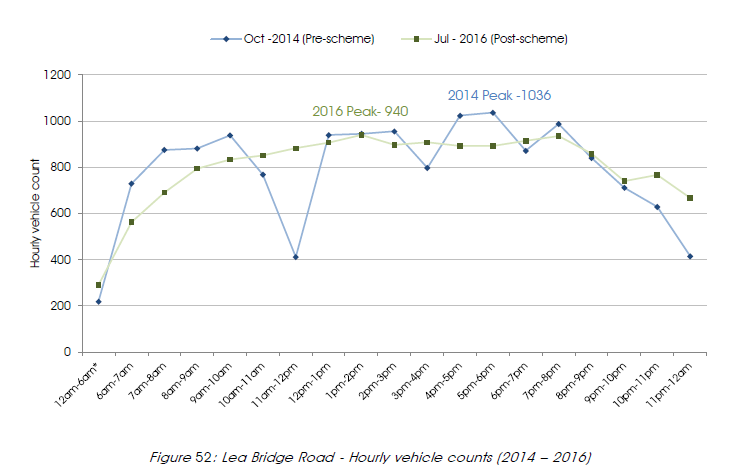 Vehicle counts before and after LTN introduced, perimeter road 2: 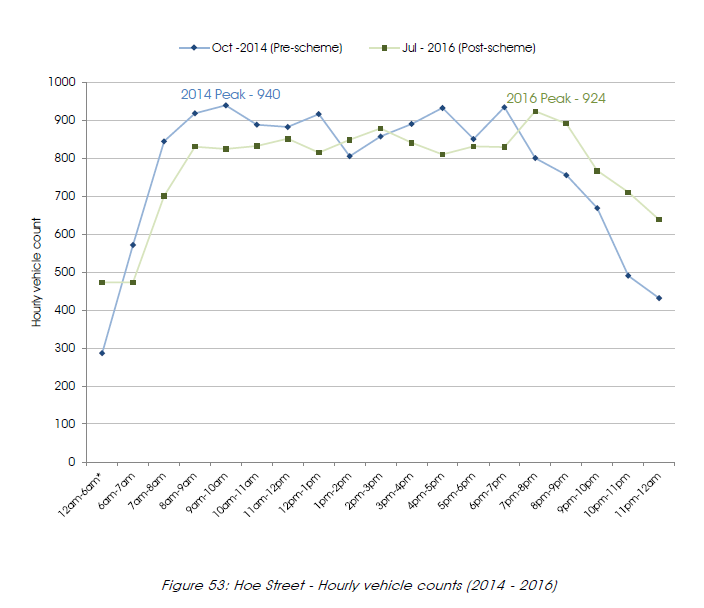 Vehicle counts before and after LTN introduced, perimeter road 3: 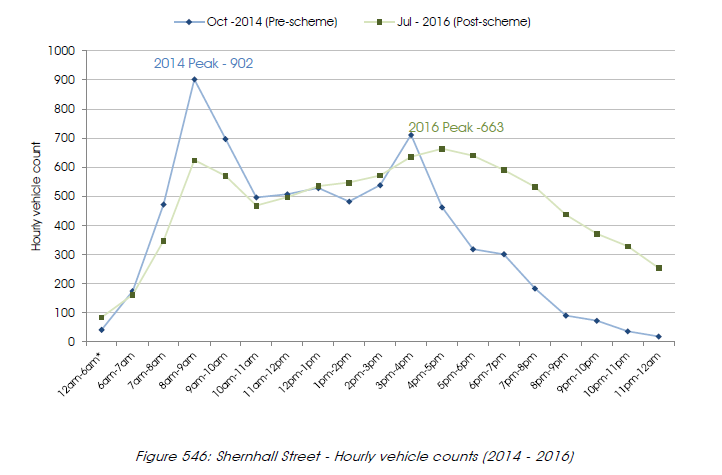 Bus times before and after LTN introduced: 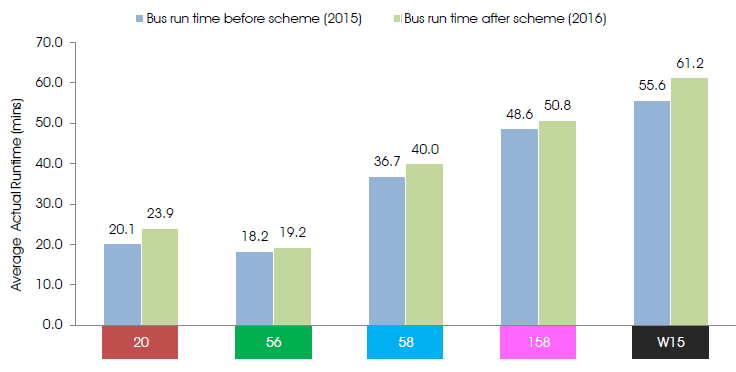